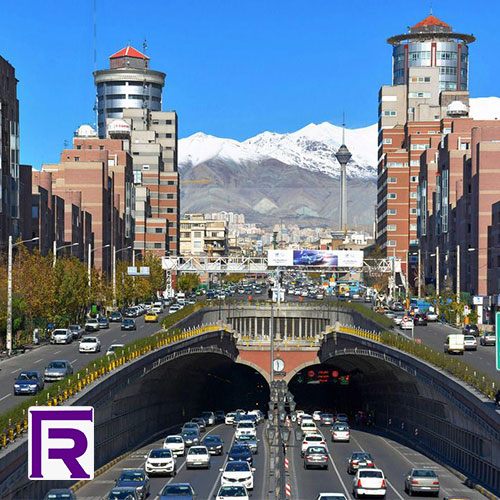 A Comprehensive guide: where to live in Tehran

Are you gonna live in Tehran? Haven't you desided about the residental area yet? In this comprehensive guide, we have covered the best neighbourhoods in Tehran. you will find the best one for yourself

And! Let us know any questions you have via this link .

Brief about living in Tehran, Iran

Tehran is the capital of Iran. It's the most crowded city in the country. By daytime, more than 12 million people pass through the city. By night, the number reaches to approximately 8.5 million people. Many people from suburbs or nearby cities have daily trips to their workplace, and that is the reason why there are still many people by night. Tehran overall has a pleasant climate

Looking at its Geography, it is at the base of the Alborz mountain chain. The precipitation in winters is notable. Based on the last administrative divisions, there are 22 districts where neighbourhoods are found. Iran is rather a safe country. Iran is the only country that forces women for compulsory hijab, but this is not a big deal in northern parts of Tehran. Also, hijab restrictions on foreigners' hijab are mitigated. The good news is the cost of monthly eating: the price is very affordable. There are thousands of restaurants and coffee shops serving high-quality foods and drinks. Food will be the least you would have worries about!! :)

where to live in Iran: best neighbourhoods in Tehran.

Know the factors impacting your stay well, then decide.

Just like elsewhere, some Tehran's neighbourhoods are more crowded than others. Due to expensive properties and higher costs of living, people have to choose cheaper options. Therefore, the population in some neighbourhoods is very dense. It's notable to say that Tehran is one of the most expensive cities in terms of the property price. In southern areas or suburbs, the cost of properties is remarkably lower; therefore, Population density is higher compared to the northern areas. In general, Tehran's population density and the price of properties go hand in hand. If the neighbourhood is more invaluable and higher in price, it will be much less crowded. An important point about parking lots must be said. Since northern districts are less populated, finding a place to park your car is very easier compared to other neighbourhoods.

Definitely what is the most important matter is how much are you prepared to pay? Factors such as how big the house is and the identity of the building impact the price range. The price difference between properties in the best neighbourhoods and relatively lower-class ones is sometimes more than 15 times. This means that price of a property in a high-class neighbourhood can be 15× higher than a property in lower-class districts.

Also one of the most important factors. As we said earlier, because of the passage of numerous vehicles daily, some of the main streets and highways become very busy. By peak hours, there is a very heavy traffic jam. If your neighbourhood is not properly chosen, you may have to spend at least 3 hours crapped in traffic as part of your journey to and from your workplace. Therefore, prioritizing distance is a must. Moreover, if you have a family and your children are students, take this factor seriously. For example, to send your children to a French spoken school, your right neighbourhood is Gheytarieh, or Darous. In gist, the distance between your living place and your work matters a lot. Be alert!

If you care about climate, the good news is for you. Tehran has a mild climate. It's though thanks to Alborz mountain chain. This chain covers north of Tehran towards the east and the west. So, the mentioned places have a better quality climate comparing to the center or southern parts of the city. Picturesque greeneries and ancient tall trees are found in districts 1,2,3. Valiasr street is the most important and oldest main street in Tehran. In the past, it had been used by Iran's king, thus ornamented by many trees.

Also, in some areas, you will find streams and rivers adding one option more to their greenery. As an instance, Elahieh's climate is far better than Jordan because of its river.

There is good news about Tehran or Iran in general. Until now, no report regarding cultural clashes with Iranians is not published. People of Tehran, like people of other cities, are very hospital and friendly. They can simply communicate with foreigners living in Iran. This is also one reason explaining why tourists tend to come back again and again. But to consider the situation more realistically, we find it natural that in some neighbourhoods the crime rate is higher and the class difference is observed.

The distribution of welfare amenities is even in Tehran. Cultural and art centers, malls, sports, and recreational facilities are found a lot in the city. However, the service quality of each depends mainly on the neighbourhood. Considering Jordan, for example, Water & Fire Park, Haghati Book Garden, and Melat Park surround Jordan altogether.

Access to public transportation matters. Thanks to new technologies nowadays, the action between 2 different location is only a call or an app. ...

Now we have discussed factors. If a pleasant climate is your priority, and you enjoy high-rise buildings and skyscrapers, and your budget has no limitation, you can consider Elahieh, Zaferanieh, Mahmoudieh, Niavaran, and Darous. In these neighbourhoods, you will find 5-star quality welfare amenities. The majority of embassies and foreign companies are in the mentioned neighbourhoods.

If your budget is limited, and you still care about other factors, don't worry. residential areas in the northeast or northwest suit you. Farmanieh, Kamranieh are eastern. Shark Gharb and Sa'adat Abad are in the west.

If the climate is not a priority, and you prefer persuing your busy modern lifestyle, we suggest you district 3. However, the climate is still far better than in southern areas. Jordan, Pasdaran, Mollasadra can be named as appropriate neighbourhoods.

According to immigrant's comments from before 1997 ( Iran Revolution) onwards till now, districts 1,2, and 3 are ranked higher. They often met the requirements and factors of foreigners.

Here, we have provided you with brief description about each neighbourhoods.

The comprehensive and summarised table of neighborhoods and Factors.